Do you know the difference between ballooning and pancaking? A doughnut and a wafer?

For this month’s blog article, we thought we’d explain a few commonly used terms that are used within the ostomy industry and by ostomates. Our Customer Care team often find themselves explaining names or product types during their phone calls, particularly as there are sometimes multiple words to describe the same product which becomes very confusing for ostomates who just want to find the product.

The sticky part of a pouch/bag system that sticks on to the body.

On a 2-piece system, the part that attaches to your body is usually called a base plate.

Ileostomy – Part of the Ileum/small intestine forms the stoma. Normally a drainable bag is used for this stoma type and output is less formed.

Colostomy – Part of the Colon/large intestine forms the stoma. Normally a closed bag is used for this stoma type and output is formed.

Urostomy – Usually when there has been a bladder and/or kidney failure a urostomy is formed to divert urine through a stoma.

When people refer to the stoma size it is measured in inches or mm. This can range anywhere from roughly 15mm – 70mm or ½ inches to 2 ½ inches depending on where in the intestine the stoma has been formed. 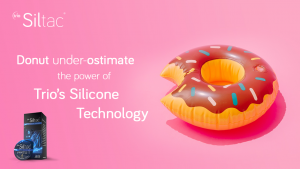 A circular product hollowed out in the centre like a doughnut that goes around the stoma and sticks directly onto the skin. It helps to protect any exposed skin between the edge of the wafer/flange and the stoma and to stop any output from leaking underneath the wafer. Seals are usually made of hydrocolloid, although Trio seals are made from silicone.

A section of tape that goes around the wafer of the bag to help give extra security usually in the shape of a half moon or banana – hence the extra names for them. They are designed to extend the edges of the wafer giving it a large surface area of skin to stick to, which in turn helps secure the ostomy appliance and can often extend wear time.

This refers to the skin directly around stoma – this can often get sore on contact with output so many ostomates have a discernable red ring on the skin around the stoma. 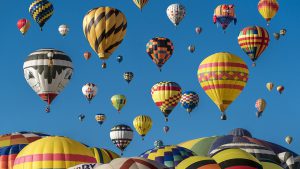 This is where there is excess air in the bag and makes the bag blow up like a balloon. This is dependent on the food/drink you eat and how gassy they make you. 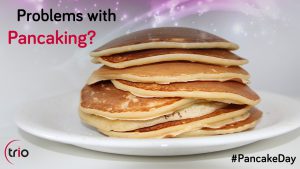 Pancaking occurs when air isn’t present in the bag. This could be due to the stoma pulling air out of the bag or the filter on the bag letting air out quicker than air is getting into the bag. This is dependent on food/drink and also stoma type.